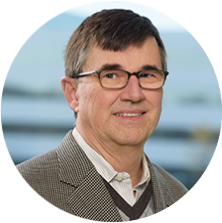 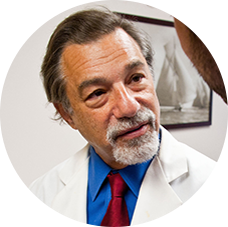 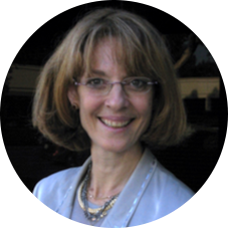 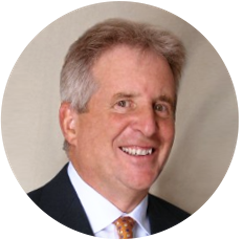 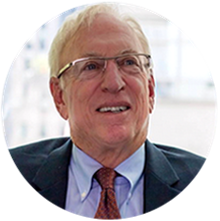 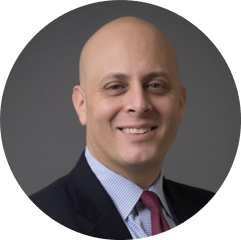 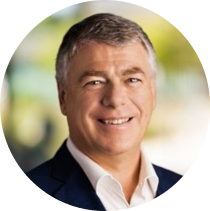 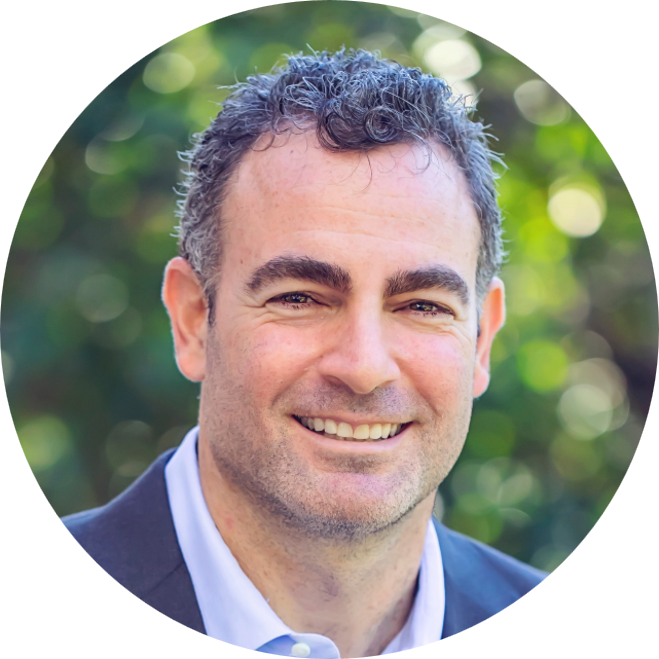 Chairman of the Board

Jay Brammer is Chairman of the Board at Enterin. During his 40 year business career, Mr. Brammer has been an executive, board member and/or investor across numerous companies in various industries. Concurrently, Mr. Brammer serves as Chairman & Chief Investment Officer at Indie Asset Partners, an investment advisory firm providing alternative investment options to private clients. Prior to co-founding Indie Asset Partners, Mr. Brammer established a number of mutual funds and successfully managed multiple real estate businesses. Mr. Brammer graduated with a degree in business administration from the Indiana University.

CEO and Board Member

With over 30 years of pharma/biotech experience, Mr. McCullough is a demonstrated strategic, creative, and accomplished leader. With executive and board director experience in startup and established companies, David brings expertise in both the private and public sector. He has a deep understanding of drug development, clinical and regulatory strategy, commercial, finance, IP, manufacturing and operations. Mr. McCullough has a proven track record of building highly skilled, energetic, cross-functional teams both domestically and globally. He has strong experience moving products from early development to launch, including orphan drugs and billion-dollar brands. At Merck, he played a lead role in the $13.5B acquisition of Serono Biotech, and he was honored by the Merck family as a top contributor in corporate development. Additionally, Mr. McCullough has held leadership positions in Allergopharma/EMD Serono and BioCryst. He is interested in Enterin as he has a personal passion for the neurodegenerative therapeutic area and the patient population that can be served with better therapeutic outcomes.

Co-Founder, CSO, and Board Member

In the 1980’s, Dr. Zasloff was Chief, Human Genetics Branch, National Institutes of Child Health and Human Development, at the National Institutes of Health. He founded Magainin Pharmaceuticals, Inc. a publicly traded biotechnology company. He joined the faculty of the University of Pennsylvania School of Medicine as the Charles E. H. Upham Professor of Pediatrics and Genetics and assumed the position of Director of the Division of Human Genetics of the Children’s Hospital of Philadelphia.  In 1992, Dr. Zasloff left U. Penn and joined Magainin on a full-time basis and served as Chairman of the Board, Executive Vice President and President of the Magainin Research Institute, a basic research division of the Company. In 2002, Dr. Zasloff was named Dean of Research and Translational Science at Georgetown, tasked with the integration of the basic science conducted at Georgetown with the clinical environment of the Medical Center. Since 2004, Dr. Zasloff has been actively engaged in studies of innate immunity as Scientific Director of the MedStar-Georgetown Transplant Institute.

His research interests remain focused on the role of antimicrobial peptides and aminosterols in health and disease, and application to the prevention and treatment of disease. He has published over 150 peer-reviewed articles and holds over 60 issued US patents. He co-founded Enterin in 2016 with Denise Barbut and currently serves as a Board Member and CSO. He also serves as the lead independent Director on the Board of Amphastar Pharmaceuticals, Inc. He has received numerous awards including an honorary Doctor of Science from Georgetown University in 2011.

Co-Founder, President, CMO, and Board Member

Dr. Barbut is a Professor of Neurology & Former Chief of the Neurovascular Division and of the Stroke research Program at Weill-Cornell Medical College. She trained as an internist and subsequently as a neurologist in Great Britain and the USA. She received her Medical Degree from University College, London. She completed her post-graduate training at Imperial College, the Royal Brompton Hospital and the National Hospital for Neurology and Neurosurgery, Queens’ Square. She is a Fellow of the Royal College of Physicians of the United Kingdom. She completed her neurologic training at Weill-Cornell Medical Center- Cornell University Medical College and Memorial Sloan-Kettering Cancer Center. Subsequently she became an Attending Physician at New York Hospital and Professor of Neurology at Cornell University.

She holds close to 200 patents, relating to methods for neuroprotection, cerebral hypothermia, the treatment of cerebral ischemia, pain, neuromodulation, Parkinson’s disease and other neurodegenerative disorders and has published close to 60 peer-reviewed articles. She has previously founded and led biotech companies to develop novel treatments in the field of neurology. Her current research interests are focused on the role of aminosterols in the treatment of neurodegenerative diseases. She co-founded Enterin with Michael Zasloff in 2016, and currently serves as a Board Member, President and CMO.

Mark Finn has 49 years of investment experience. In 1975, Mark joined the predecessor to the Vantage Consulting Group as an outside consultant and was elected its Chairman and Chief Executive Officer in 1986, a capacity in which he continues to serve today. Since 1990, Mr. Finn has also served as an Independent Trustee on a number of independent open end funds sponsored by Legg Mason (previously CitiFunds).

Mr. Finn currently serves on the Board and Chairs the Finance Committee of Cibus Global, a leading agricultural biotechnology firm focused on advanced non-transgenic trait development. He also serves on the Advisory Board of Auven Therapeutics, a private equity life sciences company with an emphasis on cancer. He joined the Board of Directors at Enterin Inc. in 2017.

He has taught investments at the University of Virginia’s Colgate Darden Graduate Business School and is currently on the adjunct faculty at the Mason School of Business at the College of William & Mary, where he received his MBA. Mr. Finn also serves as the Managing Member of New Ventures I, LLC, New Ventures Select, LLC and New Ventures III.

Dr. Propper is an experienced venture capitalist, merchant banker and financial strategist. He received a BSc from McGill University and a MD from Stanford University. Dr. Propper worked as a Research Fellow in Pediatrics at Harvard Medical School. He was also a Fellow in Medicine at the Children’s Hospital Medical Center, Fellow in Pediatric Oncology at the Dana Farber Cancer Center, and Assistant Professor in Pediatrics at Harvard Medical School. He has published over 40 papers and three textbook chapters, and is renowned for his clinical research in thalassemia major.

In 1984, Dr. Propper found Montgomery Medical Ventures, the largest seed-stage medical venture capital firm in the country at that time, with $135M in capital. In 1993, he founded the International Medical Development Corporation to pursue healthcare ventures worldwide. In 1998, he co-founded Medibuy.com., the largest Internet-based medical procurement company in the US. In 2001, Dr. Propper founded Chardan Ventures, the predecessor to Chardan Capital, LLC, a financial strategic consulting firm building business between Chinese and US companies

In 2003, he raised his first SPAC, Chardan China Acquisition Corporation, which eventually merged with Origin Agritech, and is currently a NASDAQ-listed company (SEED). In 2005, he raised two more SPACs, one of which became NASDAQ-listed HollySys (HOLI).

Dr. Propper currently serves on the Boards of FreeLinc Technologies, Inc. and HyEdge, Inc. He joined the Board of Directors at Enterin in 2016.

Don Munoz currently serves as Chief Financial Officer of NuCana plc, a Nasdaq-listed biotechnology company focused on significantly improving treatment outcomes for patients with cancer. Prior to joining NuCana in 2015, Don served as Group Chief Financial Officer of NOXXON Pharma. He has an extensive financial background with approximately 20 years as a healthcare investment banker at Alex. Brown & Sons, Deutsche Bank, Leerink Partners and Cowen. Don has completed over 100 financing and merger and acquisition transactions with an aggregate value of more than $30 billion. He received an MBA in Finance and Accounting from Columbia Business School and an AB in Psychology from Dartmouth College.

Dr. Mills is a highly accomplished and well-respected drug development expert and has held numerous senior level positions during his illustrious career ushering several blockbuster drugs through FDA approval. Most recently, Dr. Mills served as Chief Medical Officer for Acadia Pharmaceuticals where he led a highly successful Ph III program in Parkinson’s Disease Psychosis. This led to the approval of the first compound for the treatment of Parkinson’s Disease related Psychosis. Prior to joining Acadia Dr. Mills served as Vice President, Pfizer Global Research and Development, where he was responsible for clinical development across a broad portfolio of therapeutic areas. Earlier in his career Dr. Mills held senior positions within Clinical Development at Gilead Sciences and Abbott Laboratories.

Dr. Mills is a Visiting Professor at the Centre for Age Related Diseases, Inst of Psychiatry, Psychology, and Neuroscience, King’s College London. He also serves as Professor of Medical Research in Practice at the University of Exeter Medical School, Exeter, UK. Additionally, he is Acting Chief Medical Officer and a member of the Board of Directors of Addex Theraputics. He received his medical degree from Imperial College, Charing Cross Hospital Medical School, London.

David Vogel is the Founder, CEO and Chief Scientist of Voloridge Investment Management, LLC, a multi-strategy, quantitative hedge fund manager. David is a data scientist who has earned international recognition for his predictive modeling accuracy. He is a multi-winner of the prestigious KDD Cup and the Heritage Health Prize in 2013. He is the Co-Founder/Trustee of the VoLo Foundation, a philanthropic organization supporting data driven research and projects with a focus on climate change and health/longevity. David and VoLo Foundation’s team are widening their focus into epigenetics, gut biome, and multi-omic data analysis. Through research funding and collaborations with top scientists, David applies his data modeling expertise to assist with cutting edge research that has the potential to maximize longevity and optimize health.

David currently serves as a Board Member of the Environmental Defense Fund and Amplio, and he served on the Climate-Related Market Risk Subcommittee at the Commodity Futures Trading Commission. David received his undergraduate degree from Massachusetts Institute of Technology and his MS degree in Scientific Computing from New York University’s Courant Institute of Mathematical Sciences.